The three main characters are introduced as "evil minded president", "poor bread eater former madam" and, "black hole stomach" in the end. These characters and and their surroundings makes us laugh. A work to enjoy the characters' personalities and their cuteness, and an enjoyable music. The comedy of high tempo and strangeness is the selling point of this anime, but the final episode is emotional and the plot is in fact good, even though it is a comedy anime. Some people would absolutely love this anime while others would hate it; but if you like the character design, this anime is recommended.

The three besties: a glutton girl Futaba, a former madam Yoko, and an evil-minded president Teru, with their classmate and all-time backseat Serina, talkative Ariko, conspiracy lover Yoko’s former maid Shino… Each character keep going their own way as they wish and bring a lot of excitement!

He is a former servant from Youko’s house, so he speaks very politely. He can be used to listen to the respect towards Youko.

She is a former maid from Youko’s house, so she also does use polite language towards Youko. Mitsugu and Shino both use difficult language like “御髪” (おぐし, Hair) and “お暇する” (おいとまする, I think I should be going now). These are not used in normal conversations but are sometimes used in business so it might be good to do some research on the terms if you are interested. 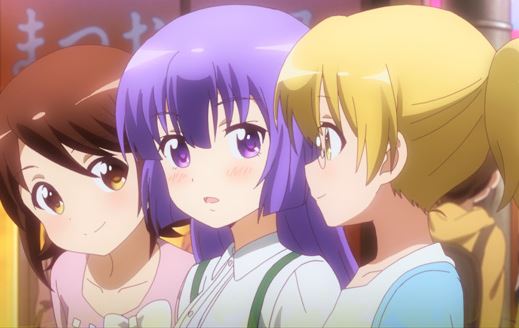 Every character has its own way of speaking, so it is easy to see who is speaking just by looking at a random line. Normal conversations are central, but since the speed is fast it might be difficult to listen to. Before getting used to characters’ fast talk, subtitles might be necessary.

6. Intermediate can Learn Japanese with This Anime 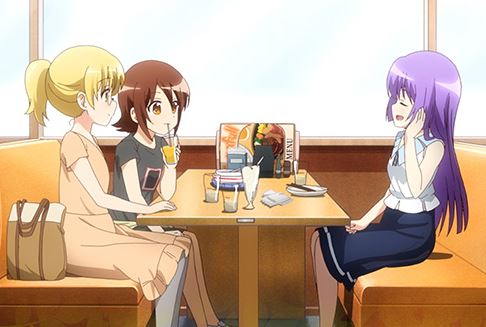 The contents of the conversations are easy, but the terms used have a great variety. Difficult terms do not come out too often, but terms with the difficulty level higher than “High school level” come out very frequently. Also, the maid and the servant’s speeches are very difficult. They use difficult terminology like “お労しい” (おいたわしい, pitiful) in usual conversations, so the level is quite high. I recommended this anime to learners at the Intermediate level of Japanese.