This is a story about a game developing company. Very lovely characters and colorful anime are impressive. Even though the characters are absolutely cute and its opening song "SAKURA スキップ" is bright, you can see the quite realistic (dark) side of this company, as the author of the animation is a former game developer. This anime is sometimes categorized as "Slice of Life". However, the foundation is very solid and it can be a tear-jerking story as you watch over the protagonist's growth. Brilliant anime. 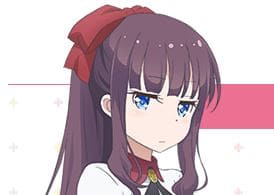 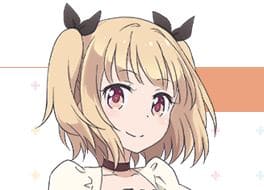 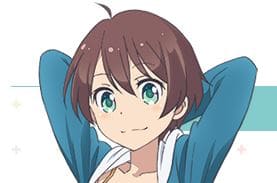 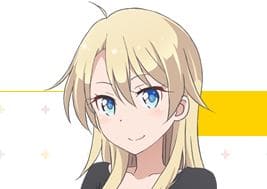 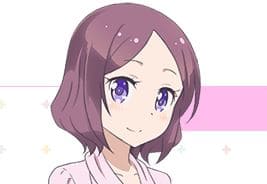 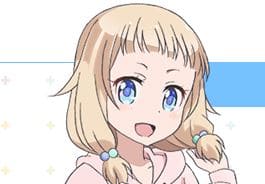 The center of the conversations is work. Because of this, the business terms such as “就業” (しゅうぎょう, working), “情報漏洩” (じょうほうろうえい, information leakage), and “配属” (はいぞく, assignment) often show up. However, many of its business terms are commonly used in Japanese companies, and they are not advanced words that are used in negotiations etc. Therefore, it is very useful to know them. Since the anime is set in a game developing company, the business terms that sales and service staff often use are not really used. On the other hand, the business term such as “仕様書” (しようしょ, documents) and “進捗” (しんちょく, progress), which you frequently encounter in game developing companies and IT businesses, often appear.

Since the story takes place in the game company called “イーグルジャンプ” (Eagle Jump) and the age demographics of the company is young, the relationship between employees is casual, and they have an atmosphere that they feel free to talk to each other. It is realistic for the characters to talk like this because recent IT and game industries are oriented towards younger people. (You should know that workers, who belong to more traditional companies such as auto manufacturers, electric companies, and trading companies, tend to speak more formally).

6. Intermediate can Learn Japanese with This Anime 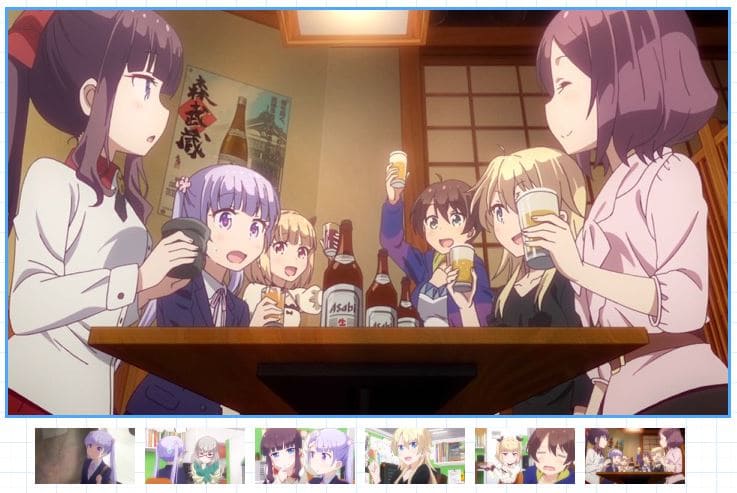 Because of the fact that the story takes place in a game company, the characters’ conversations in an office contain business terms such as “査定” (さてい, assessment). Frequently used idioms in both daily life and business show up in the rest of the conversations, for example, “おごる” (to treat someone to food) and “帳消し” (ちょうけしcancellation). Therefore, the difficulty level of the terms is about university level, and you should be careful about that. However, there is no overwhelming amount of technical terms thanks to the trait of comedy anime with jokes. I can say that it is good learning material for Japanese learners. The characters do not talk uniquely, and difficult terms occurrence rate is 5.4 terms per episode. It is not too high. I would like to recommend it strongly to Japanese learners, who are at the Intermediate level and aiming to work in Japan.