A unique story depicting the daily life of characters while set in the world of demise and depression. The messages this anime expresses is intense and each viewer may interpret it differently. However, I would like you to take in this worldview of this unique and scary feel of demise as it is. This is excellent anime. 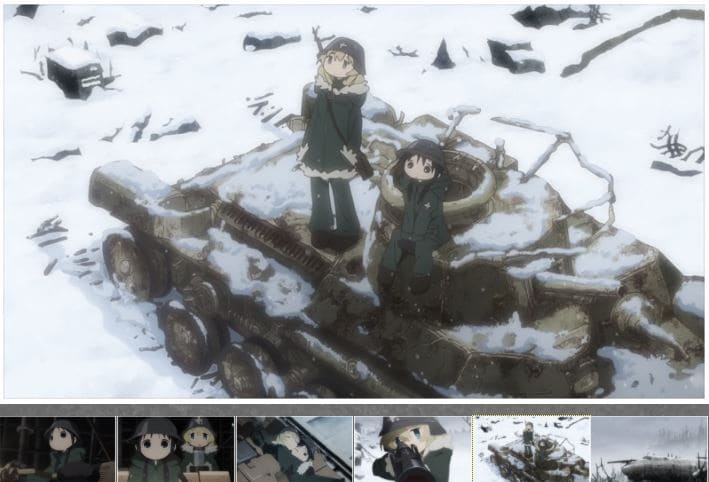 Chito adds “xxx だな” and”xxx だけど” on her style of speaking, a sense of coldness and rudeness in her voice. Compared to Yuri, she has an abundant vocabulary. Quite the opposite of Yuri as she says many instructive words such as “だまってろ” (shut up) and “ふざけるな” (do not be stupid)”. But the voice is flat and not very angry in most scenes. It is often heard in a conversation between friends in actual Japan that it becomes a strong tone to a friendly partner who they open their hearts to. It is a good character for listening for Japanese learners, but it is better not to emulate. 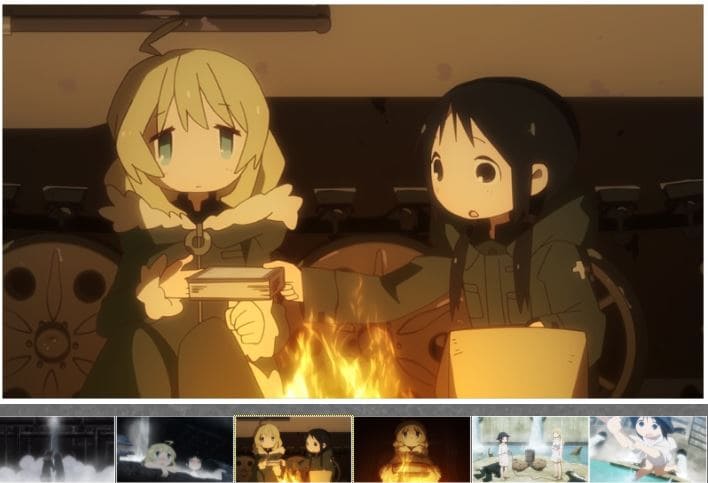 For the final world where almost no human beings exist, military terms such as “砲弾” (ほうだん, shells), “銃弾” (じゅうだん, bullet), and “爆撃機” (ばくげきき, Bomber) and natural language terms such as “食物連鎖” (しょくもつれんさ, food chain), “捕食者” (ほしょくしゃ, predator), and “生態” (せいたい, ecology) come out. Although it seems to be a serious end of the world, the contents of the conversation are very normal. Complaining that “お腹が空いた” (おなかがすいた, I’m hungry.) or saying “お風呂に入れて嬉しい” (おふろにはいれてうれしい, I am happy to take a bath.) Many conversations point out small happiness in every day.

Yuri sounds like an airhead, but occasionally philosophical and profound, in a normally spoken dialogue. The thing she says might not have an impact at first, but as time passes it begins to melt into your mind. This is a recommended anime to repeat over and over, as you will learn more Japanese than ever. 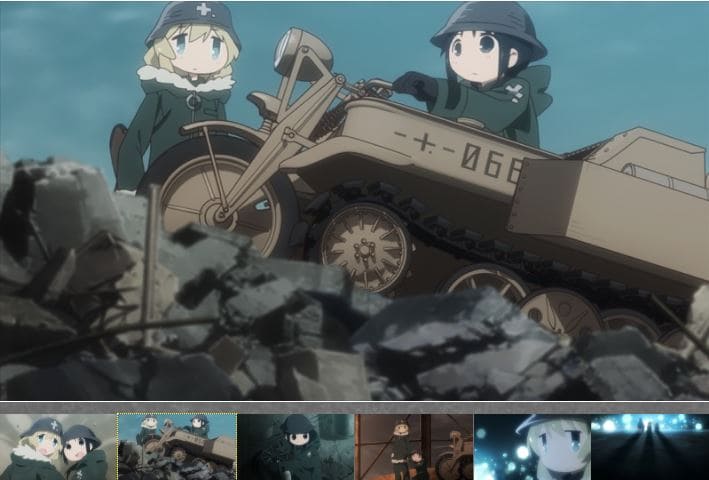 Since each line is extremely short and there are many lines of words only, it is very suitable for Japanese learners. Because the theme is the doomed world, attention must be paid only to points where war vocabulary comes out. However, the number of these difficult terms is also small as 4.3 terms per episode, so it is possible to prepare by checking the Difficult Term List. There is neither honorifics nor slang used from these characters, because of the short story composition of 1 episode, 3 stories. It is an anime that is perfect for Elementary Japanese learners. As the difficulty in conversation about the world view increases in the second half, it is very comprehensive and elementary level at best, but also for beginners of the Japanese language, I would recommend you to try and challenge for yourself.