This is a popular love comedy Anime representing the 2000s. It is interesting that while the main character is a high school student, the romance is just as that of an adult. Character design is old-fashioned as it is an Anime from 2008. However, you can enjoy a wonderful story and character settings that exceeds it. Its songs are also unique and may get stuck in your head. I would like you first of all to try listening to the theme song "Pre-Parade". 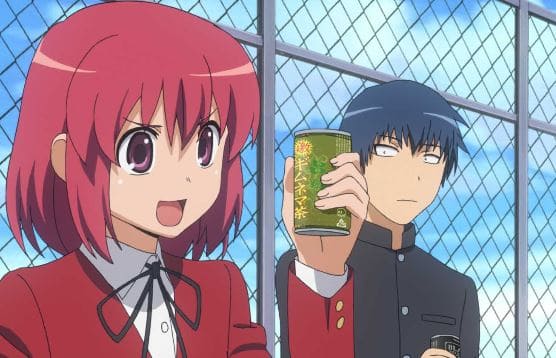 Second-year high school student Ryuji Takasu is perceived as a bad boy just because he was born with the sharp-eyed look. He meets a girl when he began a new academic year at school. Her name is Taiga Aisaka, an ultra-minimum sized beautiful girl, who is selfish and short-tempered. She is known as a “palm-sized tiger”. Once she gets wild, she is totally beyond control. One day, Ryuji happened to know a certain aspect of this “palm-sized tiger”, when she was left alone in the classroom after school. Here begins a super exciting love-united-front, just as a fierce fight between a dragon and a tiger! 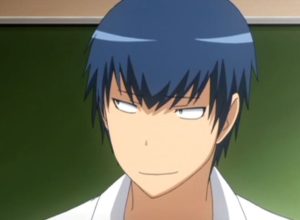 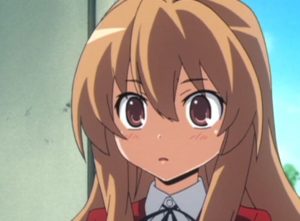 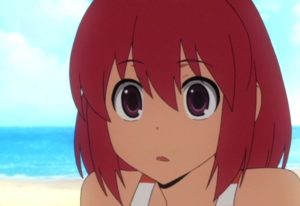 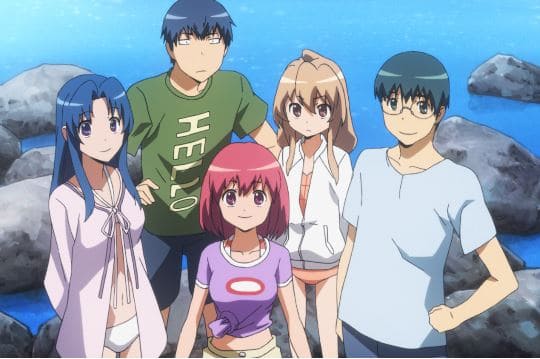 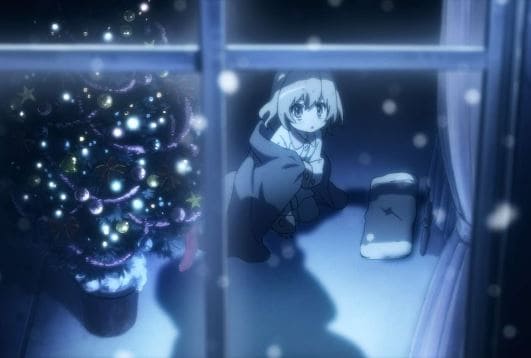 In the daily conversation, in between the jokes, there are difficult terms such as “剥ぐ” (はぐ, to tear off) and “偽乳” (ぎにゅう, fake boobs). However, difficult terms occurrence rate in the main story itself is 0.8 terms/episode, which is very low. Moreover, the way the story is composed focuses on the action of the characters rather than their lines, and it is, therefore, easier to follow even if you do not understand some terms. Also, honorific words and characters that talk in a characteristic way (Minori only) are few. I can recommend this Anime strongly to the Beginners of the Japanese study.