This is the first season of "Non-Non Biyori" series, an anime you can feel the countryside of Japan. An excellent work to relax all people who are tired of a big-city lifestyle and adult society. Anyway, I definitely hope the viewers will enjoy the worldview and the beautiful background.

“旭丘分校” (あさひがおか ぶんこう, Asahigaoka Bunko) has only 5 students. Listening to the footsteps of spring, sprouting just after the snow thaws in a small village, girls live a slow life. Gathering wild plants, viewing cherry blossoms, or even fishing… You will be able to find a new way to enjoy seasons like the characters and you may be able to revive their memories from the past. 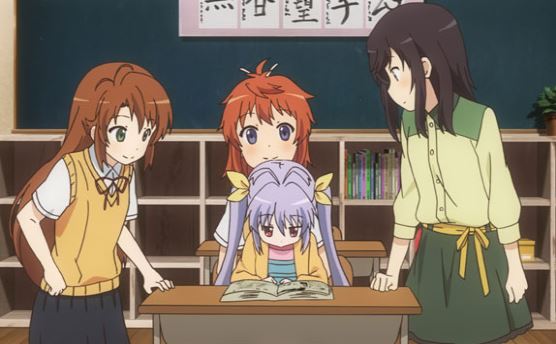 Characters mainly communicate in a calm and ordinary way. Some conversations do make viewers see the difference between cities and the countryside. People from the countryside must be familiar with scenes such as not locking the doors and buses come once every 2 hours. People from cities might be surprised by these facts. Perfect for learning the fascinating Japanese culture. Level of Japanese used is low and there is not too much difference from real-world conversations, so it is recommended for beginners. 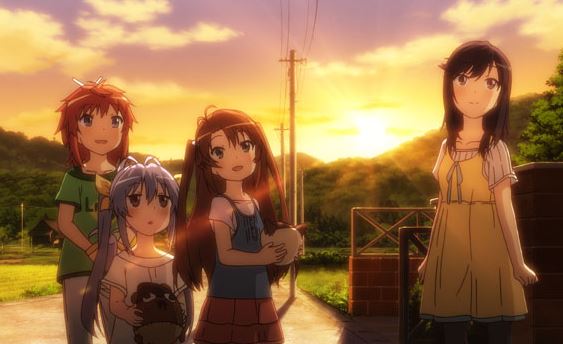 At least 90% of the conversations are in easy Japanese, without difficult terms or slangs. Some characters do add strange expressions to sentences, but that’s not all the characters, and only a few formal languages come out without any comedic aspect, so it is recommended for Japanese listening practice. I strongly recommend this anime for Beginners learning Japanese.