It is an Anime that has got a story and a worldview which you can enjoy with your children with an ease of mind. It depends a lot on the level of the viewer whether you evaluate this as boring or not. As it is a "slice of life" anime with an addition of touching elements, you might enjoy it if you like "slice of life" type of stories. Personally, I do not like this Anime so much, as it does not have a very unique character design. However, the music of this Anime is noteworthy. The transition to the opening and ending is excellent: in this Anime, the music is extraordinarily wonderful compared to the other evaluation items. The animation is not bad, but its quality is not stable and varies a lot. However, the background is pretty well made. Especially dynamic background such as running water is outstanding.

A mysterious disk suddenly appeared above the Lake Kiriya. It has brought the world into great confusion when it appeared. By finding out that the disk would not harm anybody, people lost their fear to it. The disk even became a touristic attraction and people gradually lost their interest. When the two girls meet, that is a sign that time that has stopped starts to move again. Their passion changes people and a new chapter of the story is marked. The last year of secondary school: the time they can never forget in your life. 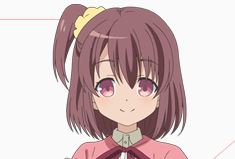 Coming back after seven years to Lake Kiriya City, she is in the third grade of the secondary school. She tends to speak in a polite manner compared to girls of her age in general, therefore suitable for Japanese listening training. Her way of speaking to parents and to friends does not differ so much either.

And, even when becoming emotional, her words are still polite. It will be a good reference for Japanese learners. It is impressing that she can say “ごめんなさい” instead of “ごめんね” to Noeru. “ごめんね” can sound somewhat intimidating, therefore it is correct to always use “ごめんなさい”. Her way of talking to Noeru seven years ago sounds very natural as she is close in age with her. 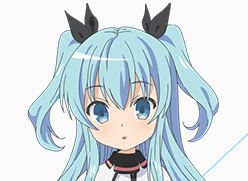 A mysterious girl who looks the same as seven years ago. She talks like a child in the lower grade in primary school, and her very bright character is well expressed. She talks in a little lispy way and her talks can sound vague, however, it is easy to listen and understand for Japanese learners. 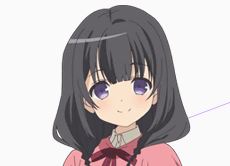 Koharu’s parents own a souvenir shop in Lake Kiriya City. Since the Mizusaka’s and Koharu know each other well, there are many scenes where they talk to each other. Koharu talks differently when she is at the shop and when she is talking to the Mizusaka’s. That is a good example of distinguishing one’s way of talking according to different situations. 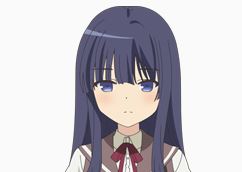 Shione is a classmate of Koharu and Suzuki. Always wearing headphones and trying to keep a distance from other people, Shione gives a cold impression. Suitable for someone who wants to learn a frank and straightforward way of talking, or a cold expression. I cannot recommend her lines for emulation in Japanese learning, but it is easy for listening training. 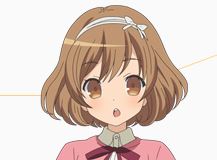 Yuzuki is the twin sister of Souta. She talks clearly as she works in a cafe/restaurant which her parents own. That makes her a good listening material for Japanese learners. We can understand her enthusiastic impression when we think of her activeness of trying to get rid of the mysterious disk. 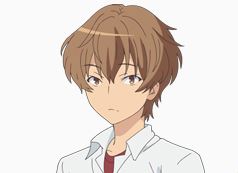 Souta is the twin brother of Yuzuki. He talks in an ordinary manner as a man but a little slowly, therefore suitable for listening training. He talks rather soft for a man, however, and that reduces his masculinity a lot. He does use mannish ways of talking such as “食ってた” (くってた, I was eating), so you can learn that in general, which is used especially between men or between friends. It gives a frank and at the same time a blunt impression especially to female. By understanding this difference, you can acquire more practical Japanese.

Not so many difficult words are used as the characters are young. Even beginners are able to use this for their listening training. I would also like you to learn how they choose to use different tones of language according to whom they are talking to. They can even change their ways of talking to the same person when they have a different image of that person. You could utilize this when you are learning Japanese.

Typical words for a certain region in Japan such as “看板娘” (かんばんむすめ, pretty girl who attracts customers to come inside a shop), “遊覧船” (ゆうらんせん, pleasure cruise) and “女将” (おかみ, proprietress of a traditional Japanese inn or restaurant) appear as this Anime is set in a touristic town in the countryside. There are some old-fashioned words such as “親子水入らず” (おやこみずいらず, in the bosom of parent and child) and “地の利” (ちのり, locational advantage), but since it has nothing to do with the main theme, there is no problem if you do not understand those words. If you are very interested in those, you could learn them as well.

Since the main characters are all rather young, difficult terms occurrence rate is as very low as 2.5 terms/episode. Terms that appear frequently in this Anime such as “円盤” (えんばん, unidentified flying object), “天文台” (てんもんだい, astronomical observatory) and “班長” (はんちょう, group leader) are learned by kindergarten or by primary school. It is therefore very suitable to begin learning Japanese with this Anime. Many characters speak relatively slow and clear and that also makes this Anime recommendable. Conversations between the main characters are often daily conversations. Through them, Beginners can easily learn the Japanese language which children up to middle schools use.