This is a rare soap-opera type animation. Despite its soft drawn animation and lovely character design, the story gets so raunchy that no one can expect it. That definitely draws you in. The animation’s songs are also characteristics. The opening song "嘘の火花" (うそのはなび, fireworks of lies) and the ending song "平行線" (へいこうせん, parallel lines) are both absolutely fantastic. You need to have a little bit of courage to see this animation, but this is a stretched out romance anime that I consider to be excellent and recommend it to everyone.

Hanabi Yasuraoka of a high school student now fell in love with Narumi Kanai which is her older childhood friend and her homeroom teacher. However, from the expression in Narumi’s eyes when he saw Akane Minagawa, a new music teacher, Hanabi realized that he was in love with Akane, not her. Hanabi encounters another student who falls in love with Akane, Mugi Awaya. Both sexually and emotionally, Hanabi and Mugi have decided to fill each other’s loneliness from the love of each one crush and start a fake relationship. They agree not to fall in love with each other and end their relationship if their love comes back from the people they love. 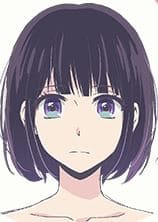 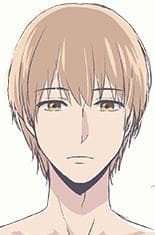 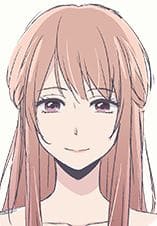 Since it is a romance anime, the contents of conversations are often related to feelings of love such as “片想い” (かたおもい, one-sided love), “失恋” (しつれん, broken heart), and “弄ぶ” (もてあそぶ, to play with one’s feelings). Difficult terms are not particularly heard. However, the conversations include many complex contents compared to other romance anime. Because of this, their statements have a lot of negative remarks such as “やさぐれてる” (peevish), “傷心” (しょうしん, heartbreak), and “不倫” (ふりん, affair), but you can see strong will and determination in the negativeness. By paying attention to the conversations between student and teacher trying to use appropriate language, for example, how to call each other’s name, you are able to learn Japanese nuances hidden inside of these words.

Although it is a raunchy soap opera that has many negative terms, difficult terms occurrence rate is 4.4 terms per episode, and it is not too high. If you have learned romantic terms and feeling words that are used frequently, you will be able to follow the story quite easily. If your level is higher than the elementary level, I would like to recommend to take a look at the Difficult Term List before watching it. If you like romance anime, use this opportunity and learn those terms. You will be able to enjoy other romance anime more easily.