Very unique world-view and a complete 3D which was rare in Japanese Anime made this series become a topic of conversation. The unique world-view is well produced by the characters based on the characteristics of each jewel, the beautiful 3D background pictures, and distinct music. Furthermore, the perfect 3D animation has unparalleled highest level: the intensity and you-are-there feeling are noteworthy. The classical script that the main character grows little by little also gives satisfaction. 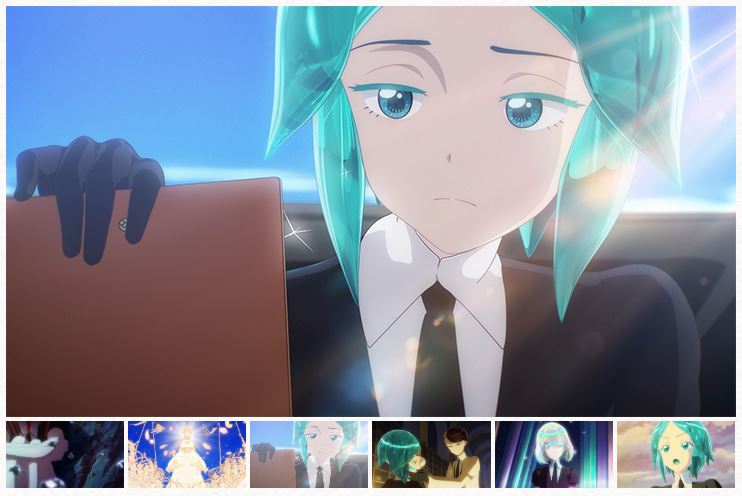 This is a story of growth. Phosphophyllite, the youngest of the jewels, has only three and a half hardness and his low toughness is not very suitable for battles either. He does not have other job aptitudes as well. And yet, he is a glib speaker; in other words, a genuine loser. He receives a job when he is nearly three hundred years old. And that was: the compilation of a natural history encyclopedia. While not being very amused by that modest job, he sees the world with his own eyes and experiences many things. Gradually, he is swallowed up by a mighty wave. At last, Phosphophyllite gets “strength” he had long wanted in an undesirous way. 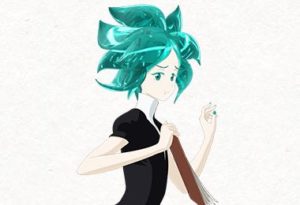 From the viewpoint of Japanese learning, I would like you to listen carefully as the story progresses, that his appearance and personality changes and the tone of his language also changes accordingly. 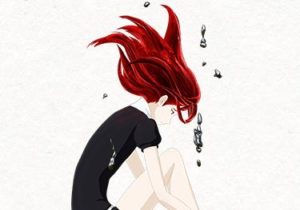 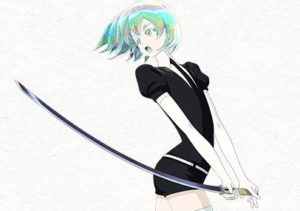 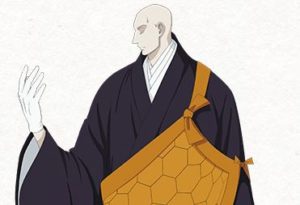 Since the jewels have no gender but have very unique characteristics, they talk according to their personalities. Not only by their appearance, but also by listening how they talk, you can understand whether each jewel has boyish or girly personalities, or whether they are childish or mature. Therefore, it is very good training to use this Anime for Japanese listening practice. 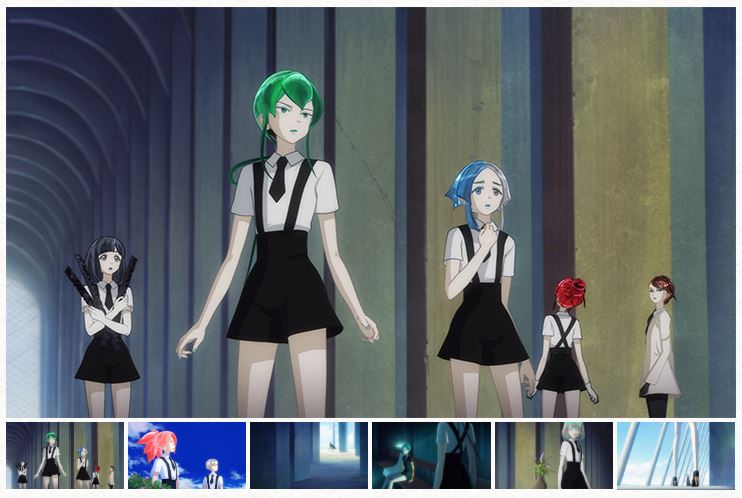 This is a very unique Anime. The characters are jewels and they appear in the form of human beings. However, surprisingly, difficult terms occurrence rate in this Anime is low: 3.5 terms/episode. Each character is also unique and has an individual way of talking, but they are all common way of talking in our daily lives. Slightly difficult words are also used (Kongou sensei especially tends to use more difficult terms), but I want you to be relaxed about them since I have already listed those difficult terms up for you. If you have gone through the list of difficult terms prior to watching, you are able to enjoy this Anime very easily. I evaluate the difficulty of Japanese of this Anime as Easy and recommend people with Elementary level to make use of this Anime for their Japanese studies. This film especially will help to improve your listening skills.