This is a school life anime with the theme of the band club which clearly depicted the youth drama. The excellence of this anime is in a youth story with a slight fever that is not in simple “moe” anime. Although their performance is not good at all, attitudes towards club activities with full effort are full of glare. Each character is also very attractive and we are able to empathize.

There are two reasons why this anime was a big hit. One is that it is a universal youth drama that everyone used to enjoy when young. Another is that there are many excellent songs "Cagayake! GIRLS", "Do not say "lazy"", and "ふわふわ時間" (ふわふわたいむ) are sung with high purity. I want you to watch this brilliant anime which established the new genre of anime (slice of life) by all means. 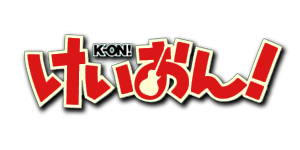 Spring, when a new student decides a club activity to join. Tainaka Ritsu goes to see the band club with a childhood friend Akiyama Mio. However, the band club that all the members graduated is said to be abolished if four new members do not gather. After adding a friend called Kotobuki Tsumugi, they were searching for the last person. And in there, musical instrument beginner, Yui Hirasawa who had misunderstood “band club” as light music such as whistling, comes in.

She is a junior in school in the characters, so she uses honorific words to the superior people. Her words are the Japanese used by popular schoolgirls, sometimes putting tsukkomi at seniors but not using things like slang. Her way of speaking is useful for you to learn Japanese especially honorific words.

This is an anime that girls who just entered high school formed a band club and deepen the friendship. “K-ON!” is an anime that depicts a club’s activity loosely, so you can learn Japanese while relaxing.

Because the story is not a fantasy but a day of school life, this has also a feature that there are many expressions that can be used in everyday conversation if learned as it is. You can also memorize words that are frequently used in Japanese schools, such as “入部” (にゅうぶ, to enter the club) and “廃部” (はいぶ, to abolish the club), related to club activities.

Since there are many natural tones, it becomes a reference as a way of talking when talking with girls even in a real daily scene. As their conversation includes plenty of Japanese vocabulary frequently used, even if you are a male, watching this anime is significant from the viewpoint of listening.

A variety of somewhat difficult terms come out in the comedy part of Boke and Tsukkomi, but most of everyday conversation part is plain Japanese. Therefore, it is easy to listen as a whole, it is the best anime to learn everyday conversation of high school girls in Japanese. If you note that a difficult term appears only in comedy parts, you can easily watch it. I recommend this anime to elementary level learners.